"We Wish You a Maneely Christmas and a Happy New Year!"

On the occasion of this blog's 50th post anniversary (over the course of exactly 7 years, nearly to the day), I want to show an obscure little item that is near and dear to my heart.

As many know, I've been working on an art biography of Timely/Atlas/Marvel artist Joe Maneely for years now. Work has been put off several times as project after project (with deadlines) got placed in the way. First, my book with Blake Bell, "The Secret History of Marvel Comics", published by Fantagraphics completely sidetracked my work on Maneely's book. Then work on several books for Taschen Publishing, "75 Years of Marvel" and their upcoming book on Stan Lee (as well as this blog!) further took me away from the project. And of course, just "life" also tends to get involved. As a way of putting things in order and to honor the spirit of the season, I present a very short post (at least by my standards).

By the end of 1947, Joe Maneely left the Hussian School of Art in Philadelphia and procured work from a small art service called Penn Art, an outfit that helped funnel comic story art to Street & Smith's comic book division (more backgound to be found in the book). Penn Art was run by long-time Street & Smith editor and promotions manager, William J. de Grouchy.

One of the most popular titles in the Street & Smith comic book stable was Red Dragon Comics, and in issue #7, cover dated May/49, but on the stands in time for the 1948 Christmas season, was this delightful little 10 page story written by Bruce Elliot (turning the script in on September 9, 1948 and getting paid $100 for his trouble) and illustrated by the young 22 year old neophyte to the industry, Joe Maneely. And it shows just how good Joe was at the very onset, sucking up influences from contemporaries as diverse as Bob Powell and Edd Cartier. Within a year's time Street & Smith would shut down their comic book division and Joe, after dallying elsewhere, would end up at Stan Lee's door, where he would make a very big mark for the next ten years.

So with a small taste of a book to come, from exactly 69 years ago, I give you "Mario Nette" and wish all readers a wonderful holiday season and a happy new year! 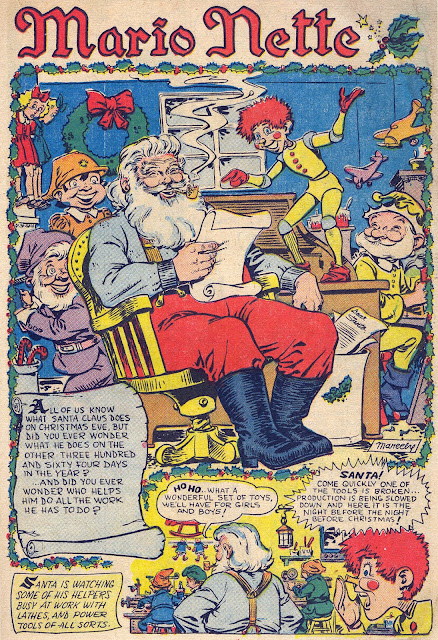 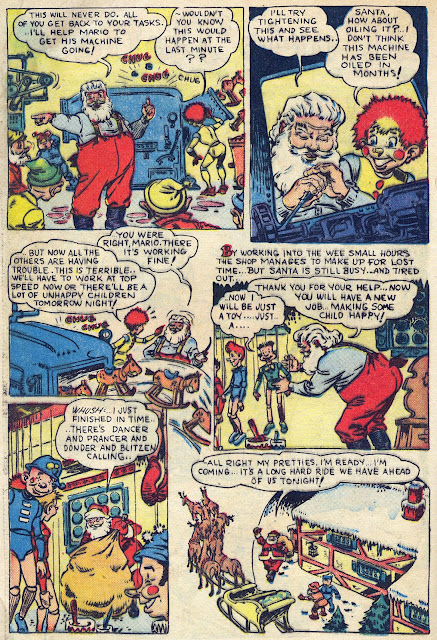 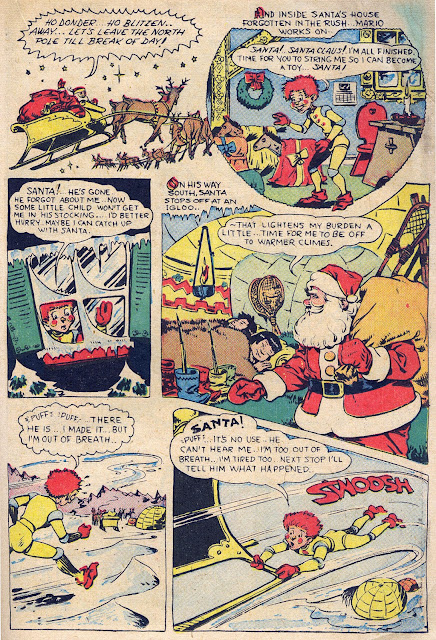 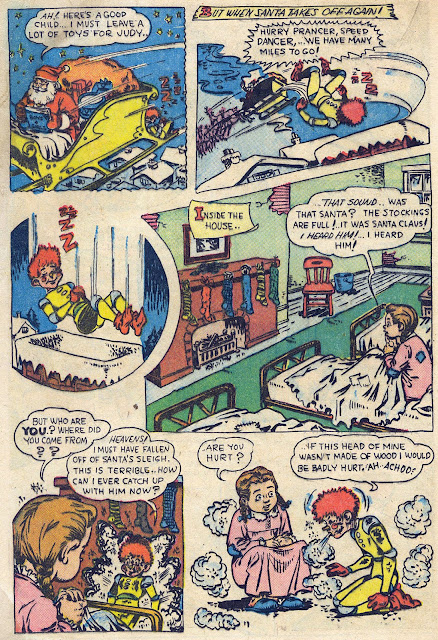 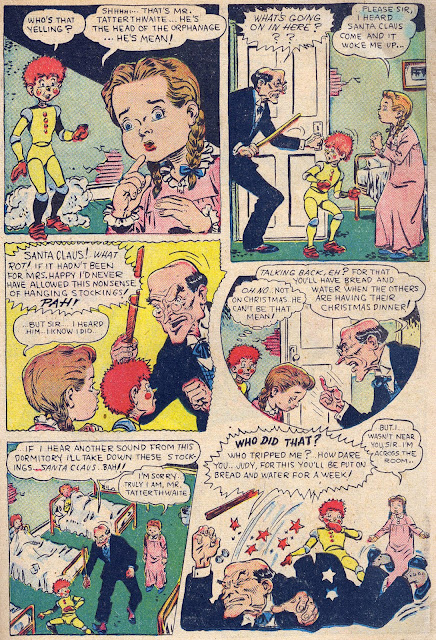 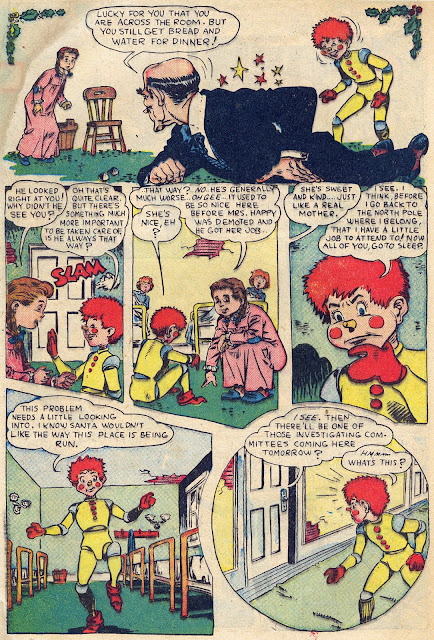 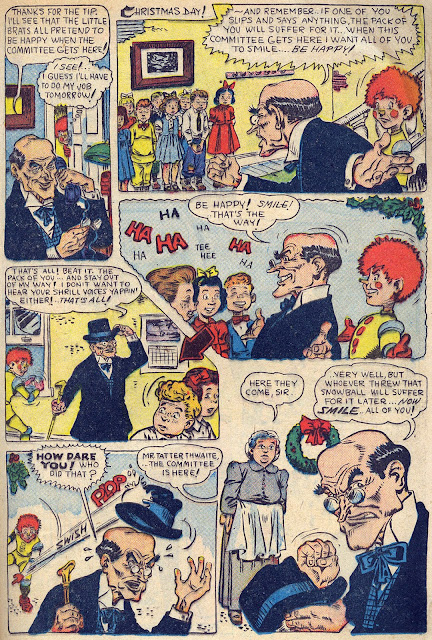 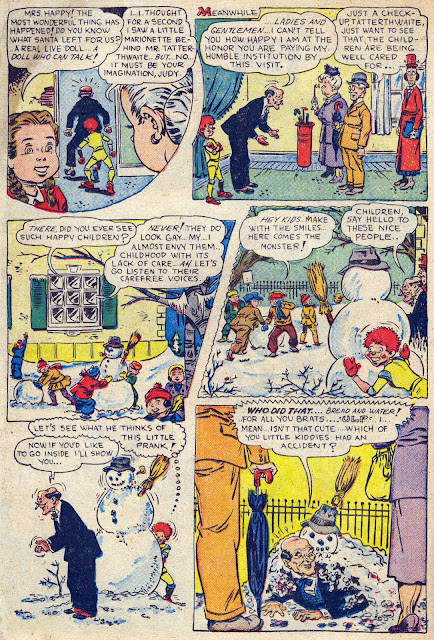 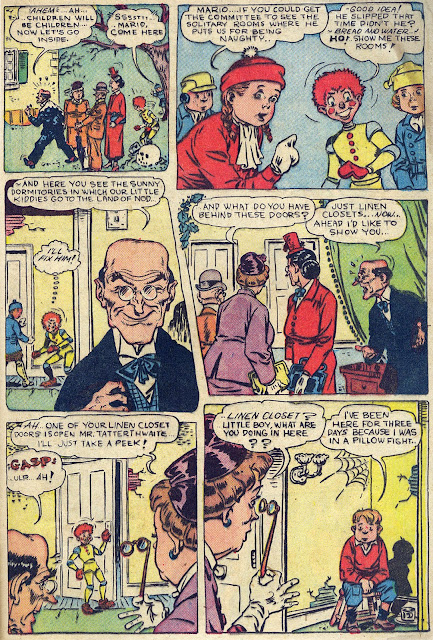 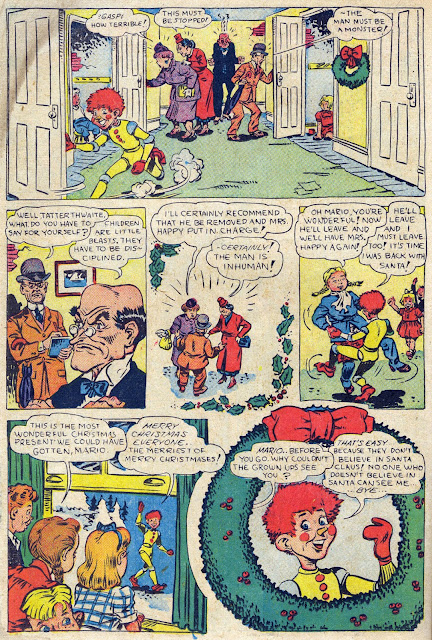 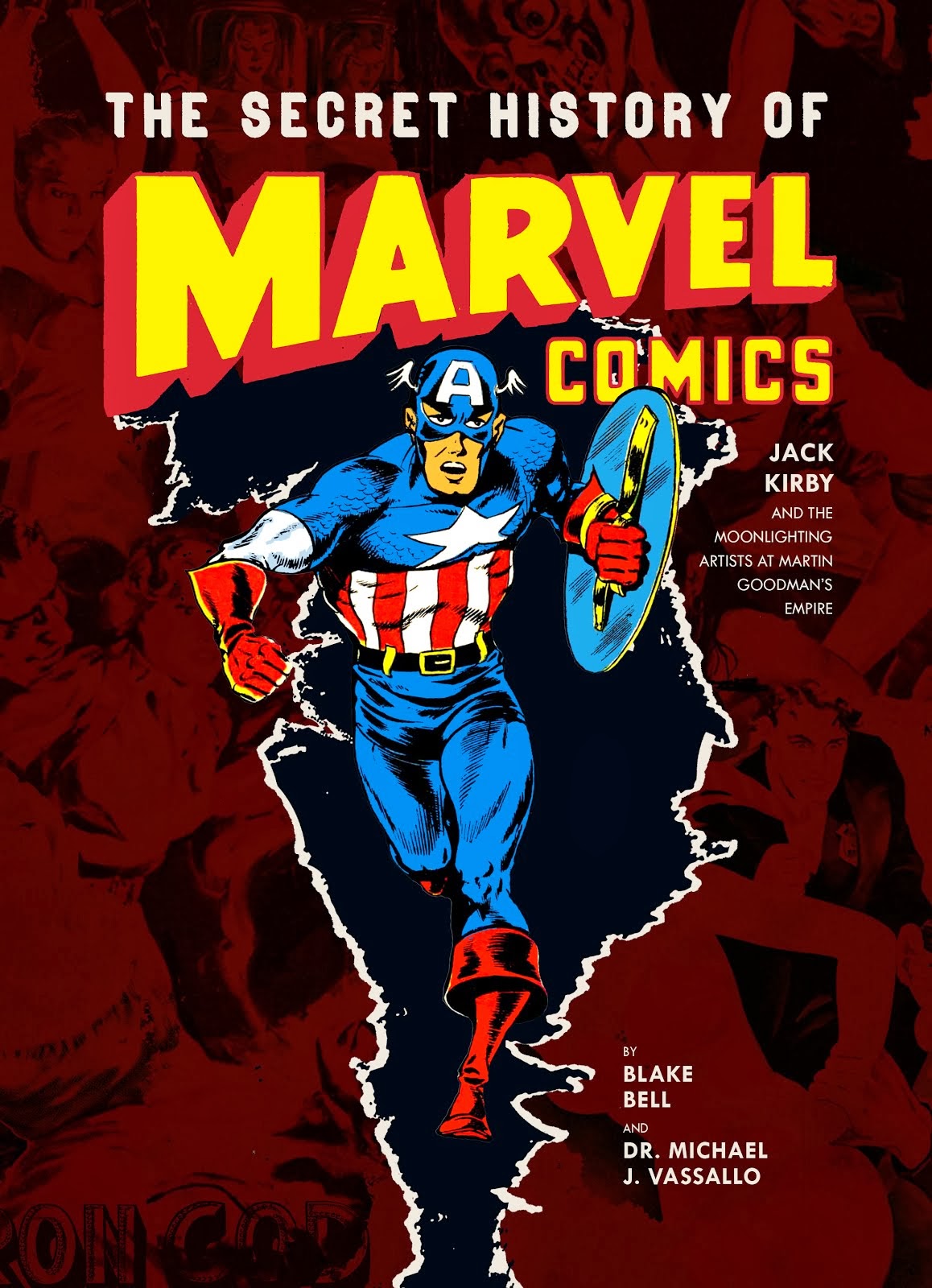